Subliminal Messaging: Does It Really Work?

Subliminal Messaging In Marketing And Advertising

Be Careful With Your Messages

Have you ever felt that, after watching a commercial or ad on television, you suddenly had the urge to do something?

Could the ad have a “hidden message” that affected your mind and triggered something inside of you to take action towards something? Could you have been hit by the dreaded “subliminal messaging” of ads?

Subliminal messages have, perhaps, been one of the most controversial topics when it comes to advertising and marketing: it proposes that marketers and advertisers can suddenly “control people’s minds” through the use of hidden messages or tones in their marketing and advertising collateral.

But, does it really work?

Subliminal Messaging: Does It Really Work?

Well, the short answer is: Yes and No.

Subliminal messaging doesn’t work like how we were told it does. The most popular notion of subliminal messaging is that it “reprograms” our mind to want something even if we don’t really want it – it’s like a mind-control tool that attacks us without us knowing. Pretty much something out of a science-fiction novel.

Visual Subliminal Messaging – These are images flashed for a few seconds in between a commercial, video, or movie. It supposed to contain a message that our eyes can’t catch, but our subconscious will respond to, triggering a psychological effect in our brains that will make us want to do something suddenly. The flash is usually very quick (for commercials) or hidden within an image (for print ads or billboards).

Audio Subliminal Messaging – For audio subliminal messaging, it comes in the form of “echoes” in the background shouting a message or instruction that our ears will not catch but will trigger a psychological response in our brain. Often times, subliminal messaging can also come through the form of “backmasking” where the message is hidden within the song and can only be caught if you play the song backward. This is the most popular form of “subliminal messaging” and has sparked a lot of controversy in music history.

Subliminal Messaging In Marketing And Advertising

While it may seem like a scary idea that advertising can “reshape” the way we think about our purchasing decisions, the power of subliminal messaging isn’t that great.

One study tried to see the relation of brand exposure on human behaviour. The results showed that there was an automatic response when respondents were exposed to the Apple logo:

But this subliminal messaging has a certain limitation when it comes to eliciting action. According to a study:

This just shows that while a brand’s subliminal messaging can affect our behaviour, it cannot fully control us from taking an action unless we have already conditioned ourselves that we want to do that certain action.

Be Careful With Your Messages

When dealing with advertising messages, it’s best to be careful with what you say and what kind of brand personality you want your customers to perceive. Not only is it crucial to have a good brand personality, but also that your messages subconsciously reinforce positive thoughts and ideas.

Brand management is not easy, especially if you don’t have the proper knowledge on how brands are perceived by people and how to craft messages in a way that audiences will receive it positively. When you want to have a proper brand image, it would be best to seek the help of a competent SEO team. 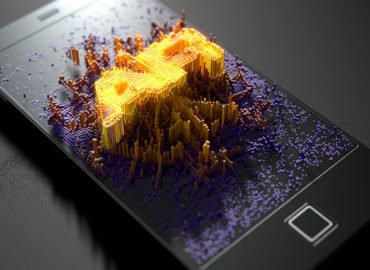 AdTech Vs MarTech: What’s The Difference?

Fill in the form below for a free consultation. We will contact you shortly.

Fill in the form below for a free consultation. We will contact you shortly.